What is Brand purpose, I asked! 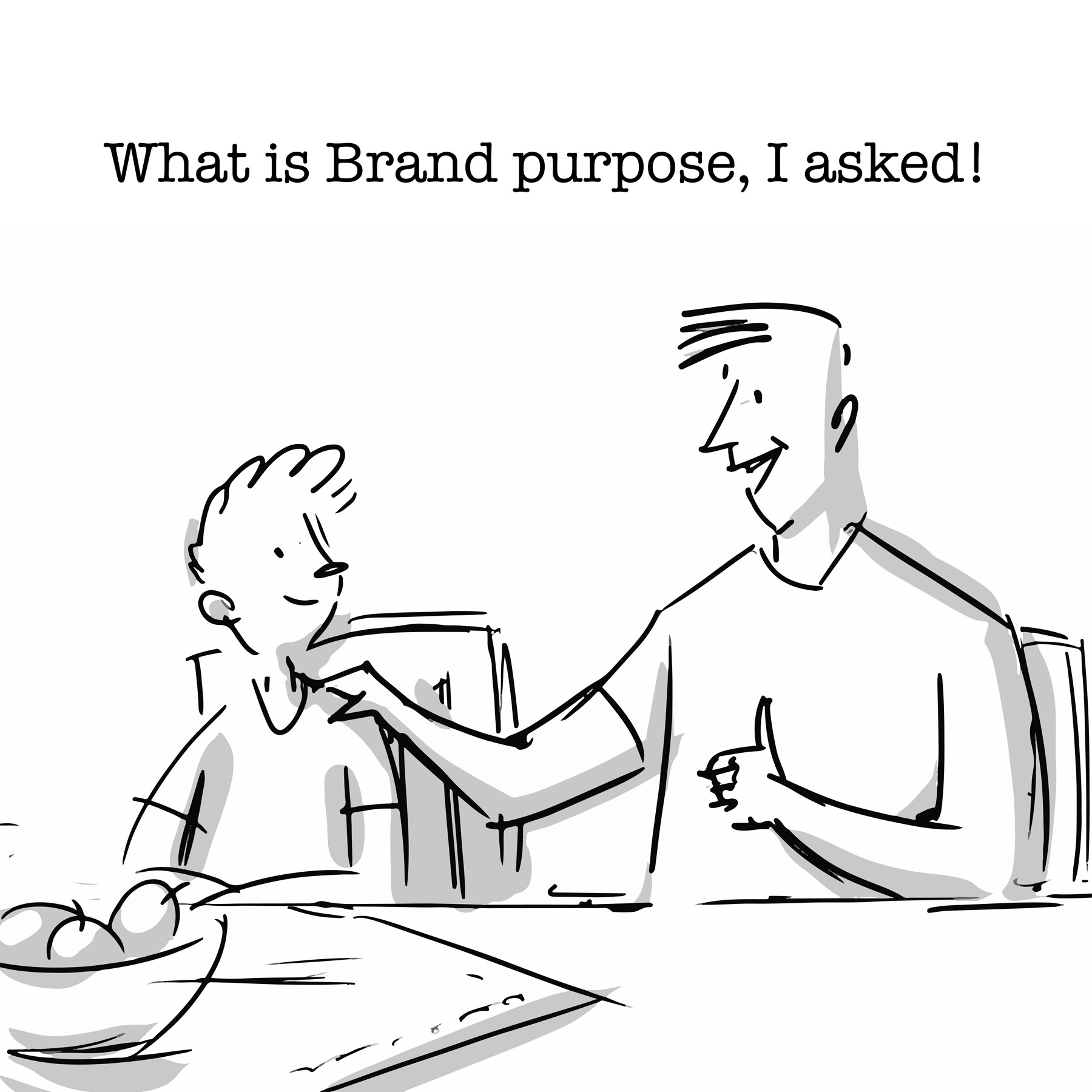 “Son, a man is nothing without a purpose” so said my father once. And perhaps his father to him. I wonder marketing has subsumed this wisdom of our forefathers. I mean, just look around us, we the marketing whiz kids! Storytelling, Man of values, Know your enemy/competition, guerrilla advertising, a battle of the minds…we have enamoured ourselves with social insights.

Another wisecrack from the past, ‘When you are guided by North Star, you move with purpose.’ Similarly, when we think about brands and the purpose of brands, which is often manifested through elements like straplines and slogans, its fine to actually think about these slogans arising from brand positioning. For instance ‘Energy’ is at the centre of Duracell, and even Red bull. What differentiates the two? One claims on ‘longevity’, the other ‘Wings’.

Differentiation alone may not elicit a positive response. When it becomes relevant, useful to optimal group of people, it starts to matter and create a relevant tribe, who may take valuable action and own it.  I would happily consider ‘brand’ a social trigger. Without response it’s incomplete. And without positive responses it ceases to exist.

What does differentiation actually mean, then? Does the brand know it?

Starbucks used to ‘sell’ coffee till it rediscovered that it’s the ‘experience’ that matters. Anyone can sell a coffee! The time spent at the café with friends, family and colleague over a cup of coffee is more important than the coffee itself. The Starbuck lounge, to say, is the third place between work and home.

And yet many brands don’t actually know what they’re selling and to get to the core purpose of the brand really means to understand the core driver of your customer’s behaviour.

So here is an example of Pampers, as told by Nader Tavassoli, Professor of Marketing.
The largest single brand for P&G at $3.4 billion back in 2001. The problem was, it was shrinking. Overall it was a drag on the earnings of P&G.

And Pampers was about to be, well, spun off, hived off…

Was it just about price where Huggies had really enjoyed market leadership? As a matter of fact, Huggies had become the number one brand in the US, the home market for Pampers, which was very, very painful.

Fast forward 10 years to 2010 and it became a 10 billion dollar brand. Entirely through organic growth. It’s a story told by Jim Stengel in a book that is recommended by Nadar Tavasoli. It’s called Grow. And it’s one of the chapters where he talks about the story. So what did they do to gain more relevance for the brand?

They did something very simple.

They took a deep dive into the lives of their customers. They tried to figure out what drives mothers? Not just to buy diapers but in general. Especially first-time mothers because that’s when they make their decision about diapers. And they typically then stay brand-loyal.
It’s not just about that. If you think about being a mother or a parent, it’s about babies’ health. Babies’ development.

That was the key consumer insight. Think how they think.

‘Do you see that, son!’ my father would have put forth as a matter of fact.

And, to get to the core sort of purpose of the brand, you really have to get to the more emotional side at times. And the question then was, how do I make these diapers relevant to baby development? When we look around, most of these diapers in the market are all about dryness! All fighting to be ‘drier’ than the competition. Just like washing detergents have gone beyond ‘whiter than the whitest’, a claim that has hit the stratosphere.

Anyway, now, how does dryness help baby development? Professor Nadar says ‘Well, it turns out, and Pampers did these studies, it helps baby’s sleep. So if a baby sleeps, that’s when the baby develops its mind and muscles. Of course, the parents get a bit of extra rest as well. And they turned that into the foundation of their brand. They went away from dryness to better sleep.”

And that was a fundamental change.

That became core purpose of the brand that also allowed them to move away from just dryness and diapers. They moved into baby development. Into wipes. So strong that it actually hastened Huggies pulling out of European markets, perhaps.

And that my dear friends why, a brand needs a purpose…to achieve clarity, to stand for values, to act meaningfully and to feel what your tribe feels.

To create your brand story

Start a project with us.